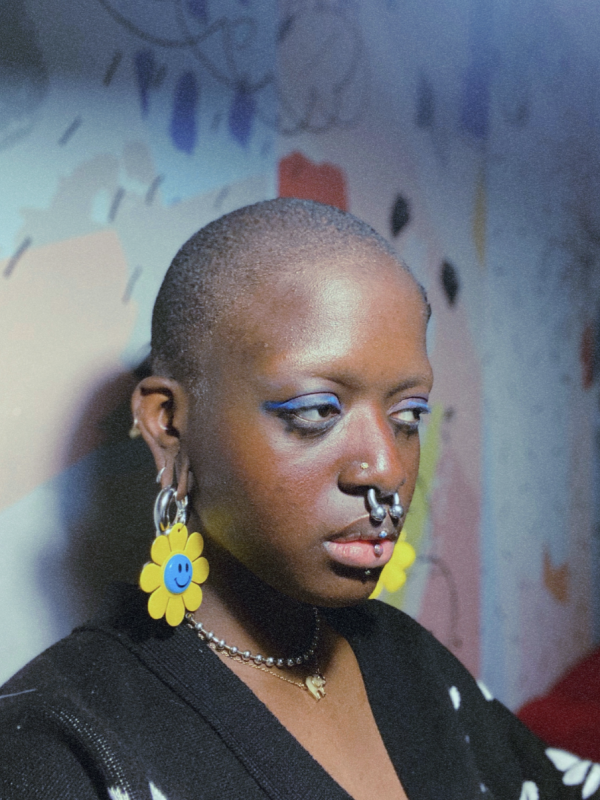 Inquire about
Z the Rat (aka Zeinab Diomande)
Country United States
Artist Website: http://ztherat.com
Zeinab Diomande, otherwise known as “Z The Rat”, is a Philadelphia based multidisciplinary artist. Diomande was born in 1999 in Virginia. Her family left the country to relocate back to their home in the Ivory Coast where she grew up and spent her entire life. In 2017, she moved to Philadelphia where she is currently attending school majoring in Fine Arts Painting and Drawing at The University of The Arts.

Statement: “My current body of work explores the conversation between the ideas of the black figure in relationship to space. I recently switched my work from small to medium scale to overwhelmingly large-scale paintings to start a conversation surrounding the black body and how people interact with it when it starts taking up space. Exploring my black identity in the realm of painting, I willingly put myself in positions and situations that normally would be kept private as t0000hey deal with emotional matter and through the language of self- portraiture, mixed media, high-key colors, dynamic compositions and whimsical sceneries I bring those themes that relate to my experience and the black experience at large. In doing so, I would like to challenge the viewers to think differently of the black figure: vulnerable, sensitive, grounded, present and non-threatening, qualities that never seem to be attributed to them
”.

Current and Previous Works by Z the Rat (aka Zeinab Diomande)