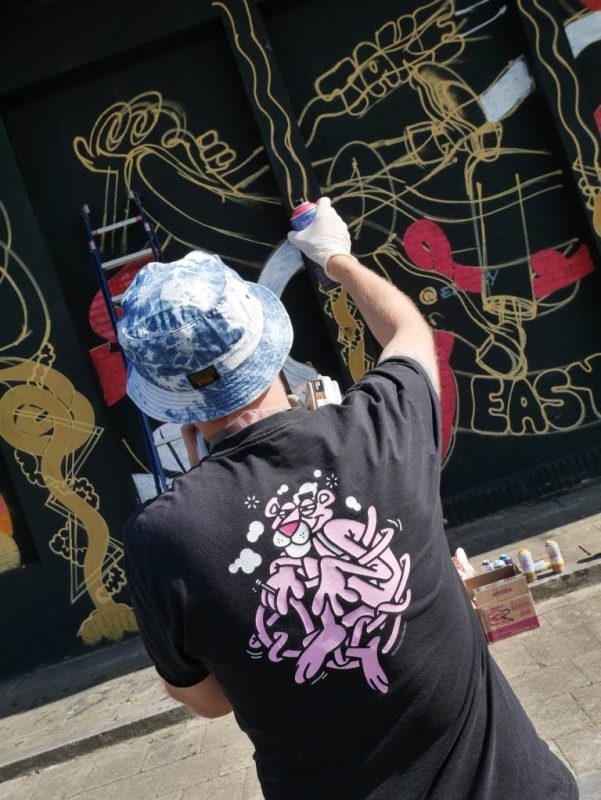 Born in the north of England, Ermsy is a Paris based illustrator and artist. He is best known for his re-invention of the pop-culture characters in his imaginative artwork. His artwork spans from drawings to mural work in spray paint to commercial work. Ermsy’s works can be found on their collaboration with URBAN NATION on Project M/12 in 2017.

Ermsy studied graphic design at university but has been interested in arts since he was 6 years old. Even while studying he painted graffiti, freehand, as he would point out. As all artists he experimented a lot before creating his own style. One thing has been constant throughout his development though is the love for the popular cartoon characters. He expresses his enigmatic world through the eyes of The Simpsons, Donald Duck or Goofy’s fights. His recognizable style stands out from the rest because he spent uncountable amount of time exploring the pop culture. Since 2012 he started exhibiting his art in UK and USA and has done collaborations with brands like 10 Deep, Cartoon Network and Converse. Admired by his underground fans and supported by many galleries, Ermsy is a well-respected artist throughout the world.

Current and Previous Works by Ermsy