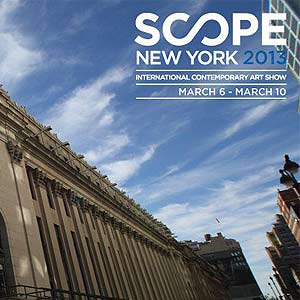 SCOPE’s flagship fair returns to New York City in 2013 with a distinguished, landmark venue: Skylight at Moynihan Station. New York City’s former iconic Post Office will host a series of highly-curated events; SCOPE is honored to be among this elite group selected for the remarkable opportunity of culturally programming an historic New York City landmark.

Further details on the fair itself can be found here:
www.scope-art.com/index.php/artshow/newyork-2013/about