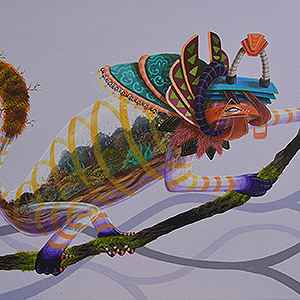 Exhibit will run May 11th through June 21st

Los Angeles based gallery Thinkspace has teamed up with Gallery 309 in Philadelphia, PA to present ‘LAX / PHL’. This special group exhibition has been curated by Thinkspace to further introduce our roster to the City of Brotherly Love. Featuring new works from over 40 artists from around the world and an installation from Philly’s very own NoseGo, the exhibition will run from May 11th through June 21st with opening receptions scheduled for Saturday, May 11th (6-10PM) and Friday, June 21st (6-10PM).