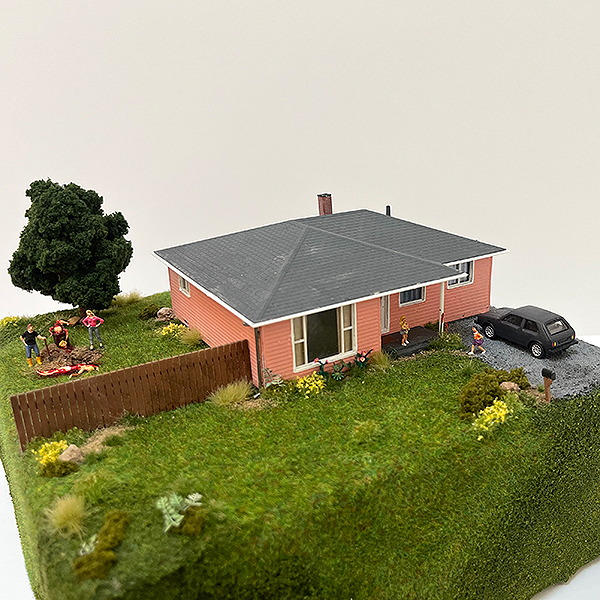 In Gallery II, Abigail Goldman’s latest body of work Instincts and Indulgences will be on display. Pulling from her personal experience as an investigator at the Public Defender in Bellingham, WA, a Las Vegas newspaper reporter, and investigator for the Federal Public Defender of Nevada, Goldman creates intricate die-o-ramas rendered in 1:87 scale. The diminutive size of the works is in contrast to the tableaus of gore and mayhem rendered within. Often both humorous and grotesque, the detailed pieces are a wholly engaging product of Goldman’s life-long fascination with crime and the dark side of the human psyche.

About the artist…
Goldman’s die-o-ramas have been exhibited nationally and internationally, and her work has been featured by numerous media outlets, including the LA Times, New York Times, NPR, Atlas Obscura, Juxtapoz and Huffington Post. In March 2019, Goldman and her work were the subject of a documentary produced for Topic Magazine.