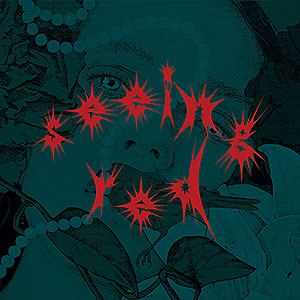 (Los Angeles, CA) – Thinkspace is pleased to present Seeing Red, an invitational group show of 12 by 12-inch format works curated by Boooooom founder and Vancouver-based artist Jeff Hamada. Combining work by more than a hundred artists featured over the past ten years on the personal art blog turned internet phenom, Seeing Red embodies the intrepid curatorial spirit that established Booooooom in its beginning as an unexpected cultural centrifuge. Led by its creator’s singular knack for finding and connecting unknown talent, Booooooom evolved into an exciting digital platform, at a time predating the web’s current over-saturation of trend-driven channels, and has become a proverbial ‘last man’ standing in a digital graveyard of exhausted outlets.

Driven by a love for the discovery of all things obscure, and perhaps just as equally by a longing for professional resources in a notoriously exclusionary and cryptic creative industry, some ten years ago Hamada began a motivated and sweeping excavation of the internet for art and design, expertly curating content based entirely on individual interest. Booooooom still combines high and low, emerging and established, blue chip and anti-establishment, indiscriminately blending content in an accessible, living, visual archive, truly unlike any other. Over a decade, when virtually all of the other comparable sites of its kind have vanished into the digital ether, Booooooom has grown from an individually curated content site into a generative community and network championing artists and their creativity.

Hamada founded Booooooom in Vancouver, Canada, in 2008 as a way of featuring and sharing exciting, unknown, work he had scoured the internet in search of, hoping to inspire artists to share and like-minded creatives to make. The blog at its inception – somewhat famously forced to take on its seven o’s in place of its intended two – was meant to inspire that eureka of discovery on the virtual frontier, the “boom!” moment of connecting to the find and clicking on the link. Appended with a few more vowels, though in a befittingly odd number, Booooooom quickly reached traffic in the millions per month, reaching an unparalleled level of visibility for an art blog and making it the most visited in the world, and on the internet, ever. Since then, Hamada has grown the site into a full-time vocation, with its content still entirely selfdirected and single-handedly curated to preserve the pioneering feel of its un-coerced vision. Hamada has likened the Booooooom site aesthetic to a well “lived-in apartment,” imperfect, hand-made, and not too precious, a vivid and endearing analogy that brings a missing element of human warmth to the prevailing cold of so much “high” art.

For Booooooom and Thinkspace’s first collaborative project, each participating artist was asked to produce an original piece For Seeing Red and given only two limiting criteria: that it be a 12″ x 12″ work, and that they incorporate the color red. The straightforward theme for the exhibition is intended to provide a simple but striking visual thread linking the many artists in the show in spite of their apparent diversity, and providing the viewer with an accessible way to navigate and engage with that range.