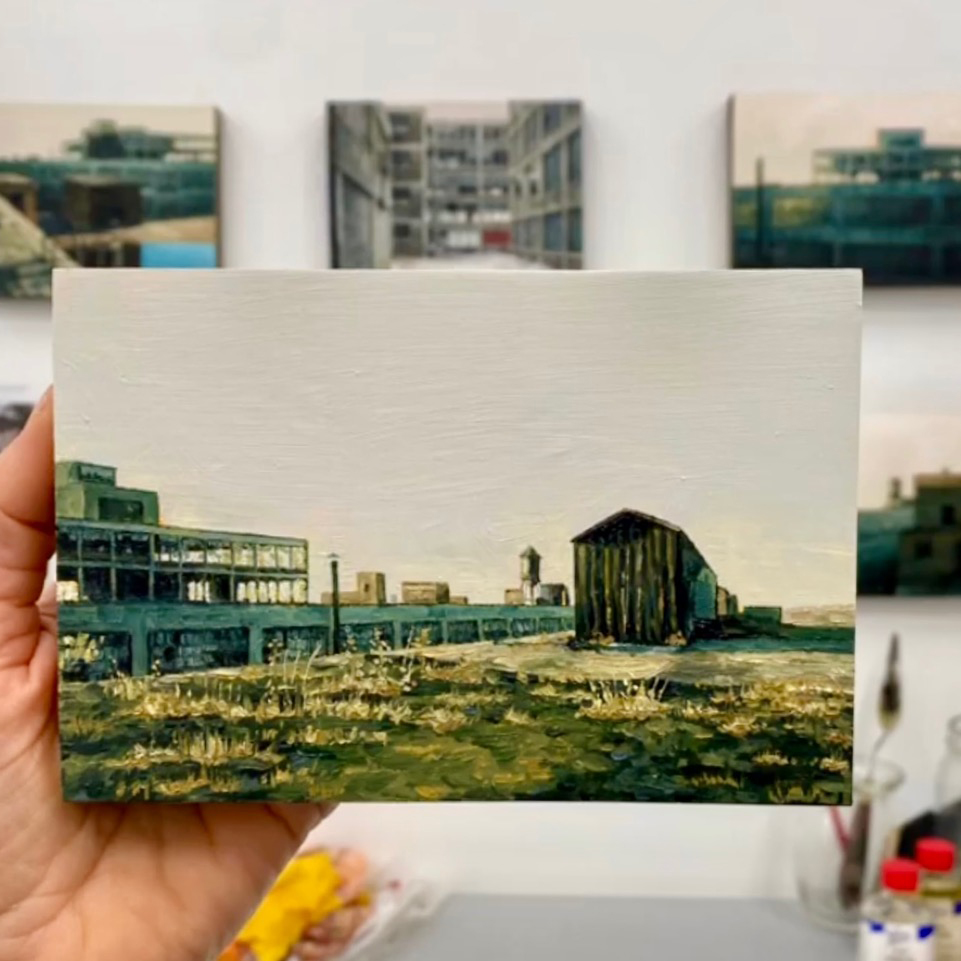 Hiraeth is a Welsh word, meaning to miss/long for a place that you can never visit again. It perfectly captures the emotions felt by Buer for her beloved Packard Plant in Detroit, Michigan. Once a sprawling, lawless urban metropolis that was the epicenter of a decaying Detroit, as the city pulls itself up by the boot straps, the Packard Plant has slowly begun to be torn down and is no longer the playground for urban explorers it once was. Hiraeth is Buer’s love letter to the Packard, painted on small wood panels that are meant to recall the look and feeling of flipping through printed photographs and reliving memories of one’s past, a past that can no longer be revisited, as you look through the images… of what once was.

About Stephanie Buer
Stephanie Buer began pursing a career in art at the College for Creative Studies in Detroit, Michigan where she fell in love with the city and urban exploration. She spent the next ten years living in Detroit and developing as an artist.

Her urban landscapes explore the many layers of history found in the marginal areas of cities. From the imprints of industry and production to its eventual decay. Each subject has a historical context, an original purpose that is now lost. She is fascinated by how these places change as they succumb to the manipulation of vandals, artists and the resilience of nature ever slowly growing alongside. Through her art Stephanie seeks to find beauty and peace in these forgotten and unloved areas of cities. She currently works in Portland, Oregon at her studio in the Falcon Art Community.