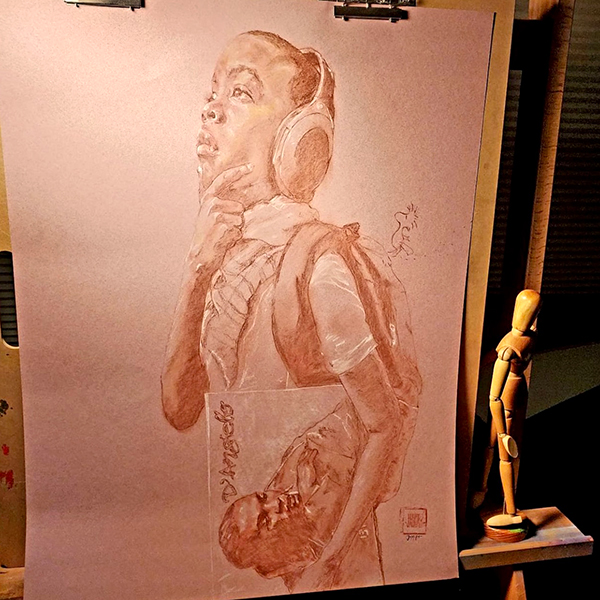 Jamiah Calvin (aka Miah the Creator)

‘Brown Sugar’ is Jamiah Calvin’s current series of drawings inspired by D’Angelo’s debut studio album, Brown Sugar. This collection marks the artist’s debut with Thinkspace and aims to introduce his work to our patron base.

In this artistic production, Calvin reminisces on his nostalgic life experiences during the mid- 90’s––living as a young Black man on Chicago’s West Side. Having heard nothing like this album before, Jamiah recalls being intuited by its one-of-a-kind musical sounds while drawing with his headphones on at his first creative job, Gallery 37.

As with the album, Calvin’s ‘Brown Sugar‘ study is an instant classic in which he tells a story where pain and hurt are transformed into a visual narrative of genuine love.