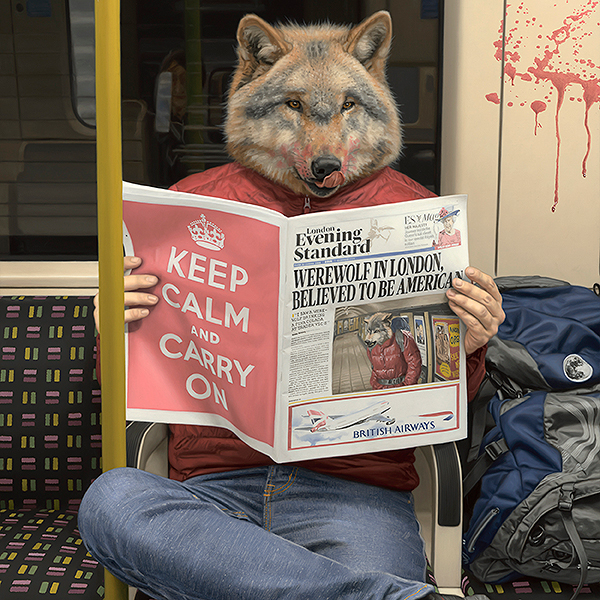 Always in pursuit of uniting and elevating the New Contemporary Art community, Thinkspace Projects teams up with Tialoc Studios and the California Cowboys Collective to present ‘RAIZ’, an all day blowout event to mark the opening of the two month art show at The Brand Library and Arts Center in Glendale, California.

With 60 artists in the group show alone, the extravaganza is sure to be diverse and varied, bringing universal appeal from so many incredible contributors. With a focus on local Los Angeles based artists, the lineup is as impressive as it is varied, including new work from the likes of Antonio J. Ainscough, Young-Ji Cha, Kristy Moreno, Zeye Oner, Perez Bros, and Aof Smith just to name a few. Solo shows from Anthony Clarkson, Ken Flewellyn, Matthew Grabelsky, Anthony Hurd, and Cody Jimenez round out the gallery exhibits, filling the walls with innovative and genre-blending pieces across mediums. It’s not just the walls inside the Arts Center, but the walls inside the hallways of the Brand as well that are being transformed for this event, with site-specific murals from Brek, Love Yo Dreams, and Mr. B Baby adorning the entry hallway area and outdoor courtyard.

The surrounding grounds themselves will also be bursting with compelling content, from the food provided by Zavalas Pies, Sweet Life LA, and Bad Jimmy’s to the car and bike clubs in the parking lot with Cabrones Car Club, Ghetto Car Club, and Bikes On The Blvd. That’s not all that is happening for the opening event, so be sure to keep an eye out for local artisans painting live around the grounds alongside video projections, a cash bar and live DJs providing entertainment all day and into the evening hours. Save the date and we will see you soon!

The show opens January 21st with a reception from 4PM to 10PM. They will remain on view until March 17th at The Brand Library and Arts Center in Glendale, California.

This new body of work continues my exploration of people with animal heads riding the New York City Subway, and in one case the London Tube. Each painting contains elements from pop culture (a magazine, a poster, a tattoo, a character in the background) which relate to the specific animal, creating a series of humorous tableaux. With a realistically rendered and highly detailed oil painting technique, my goal is to create the effect of looking at a scene on the subway as if it were a diorama at a natural history museum. The images present richly detailed moments frozen in time allowing the viewer to closely inspect every element and make connections between them to read an overall story. In this world, people are transformed into part-animal to create scenes that are strange, funny, and endearing.

Grabelsky’s works depict couples on subways, often nonchalantly reading magazines or newspapers, but the male figures in these dyads are strange, quasi-mythological human hybrids with animal heads. Deer, bears, elephants, tigers, and everything in between, make a suited appearance in rush hour. By contrasting the platitudes of the day-to-day with the presence of the extraordinary and unlikely, Grabelsky stages the unexpected within the most unassuming of circumstances.
The appearance of the animal head feels distantly totemic, an archetype for something primordial, ancient, and psychologically motivated. Fascinated by the persistence of animal imagery in mythology and communal cultural imaginaries, Grabelsky superimposes its presence onto his depictions of the contemporary world. For the artist, the animal becomes a manifestation of the inner workings of the hidden subconscious, literally revealing the latent identities and motivations lurking beyond the composure of the human mask.

Technically inspired by 19th Century academic and naturalist painters, Grabelsky creates these unlikely, surreal scenes with a staggering degree of realistic detail. The contrast created between the visual verisimilitude of the works, and the surreal improbability of their content catches the viewer in a prolonged moment of convincingly suspended disbelief.