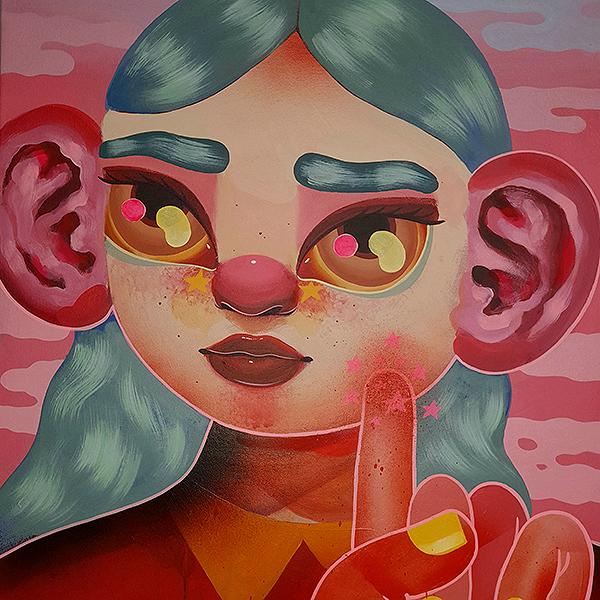 In Gallery III, Thinkspace presents Motelseven’s Waiting For Atlantis, an homage to Samuel Becket’s Waiting for Godot. Drawing on their own personal struggles about identity, fitting in, narcissism, and complexity, the resulting collection is a juxtaposition of the colorful and playful among tragedy and existential turmoil. Evolving from earlier works, the girls featured in the art are now defiant, determined to break free.

About the artist…
Motelseven first started painting graffiti at 16 and was immediately hooked. They went on to have their first solo show at the age of 21. After a few successful shows and extensive travelling and painting the streets of Europe, they decided to take a 10 year hiatus from the art world, focusing on becoming a pastry chef, something they had always been passionate about. At this point Motelseven is at a crossroads – creating a world filled with melancholia, hopes, dreams, nostalgia – alongside the often brutal, fast paced environment of a fine dining kitchen.