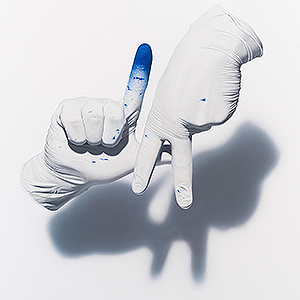 Nuno Viegas, also known as Metis, is a Portuguese artist born in Faro (1985) and raised in Quarteira, Portugal. Founder of the art collective Policromia Crew, started his artistic journey with graffiti in 1999.

After completing his studies in Visual Arts at the University of Algarve he moved to Rotterdam, The Netherlands (2014) where he discovered a new artistic identity and began to develop his paintings strongly influenced by the graffiti scene. This has been the focal point of the artist’s production and its greatest source of inspiration.

Nuno presents us a contrast between the visually aggressive and sometimes dirty reality of traditional graffiti and its peaceful and clean representation in his works. The approach to this theme is a continuous tribute to all those who dedicate part of their lives to this scene. Graffiti Writers who keep it real and alive in a time where the definition of graffiti tends to get blurred and mixed with street art.

In 2016 Nuno worked with Street Art Today in Amsterdam which launched the artist into the international art scene, rapidly getting the attention of Urban Nation Berlin and many others and continues to grow through walls and art venues all over the globe, always aiming to improve and move towards his dream – to tag the moon.

Last year Nuno returned to his hometown Quarteira, in Portugal, where he is based at the moment.