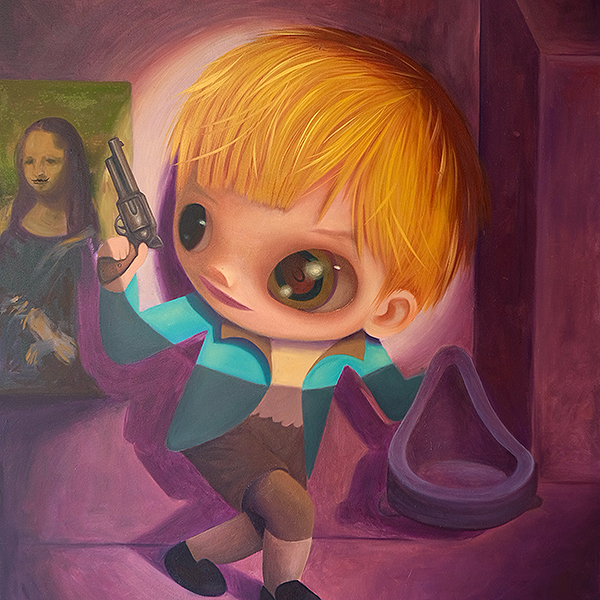 Caught In The Art (Gallery I)

RYOL (aka RYO LAKSAMANA)
‘Caught In The Art’

Visual artist RYOL’s (aka RYO LAKSAMANA) new body of work, ‘Caught in the Art’ fills the space with paintings that showcase how light is the most fundamental element in the visual arts. A work can become more dramatic with the use of light. Light becomes the experimental medium in Ryo’s new series of oil paintings.

When we look at Rembrandt’s work, we can see that the light captured in the painting is the light that is surrounding the object or model that has been set, producing a dramatic visual that is caught by the eye and transferred into the painting.

‘Caught In The Art’ is a play on the phrase “caught in the act,” and refers to the play of light that appears to focus directly on the objects in the painting that appear to be cornered.

Artist Bio:
Originally from Banyuwangi in East Java, Ryo Laksamana is a recent graduate of the prestigious Institut Seni Indonesia in Yogyakarta. This young artist’s career, however, began much earlier while he was still a student, and in the past few years his artworks have been exhibited quite extensively within and beyond the borders of Indonesia.

Upon closer examination the subjects this young artist’s works address are far from frivolous. Among them, critiques of traditional patriarchal society, social behavior that is quick to judge others, as well as the fluidity of modern day gender and gender roles, to name a few.