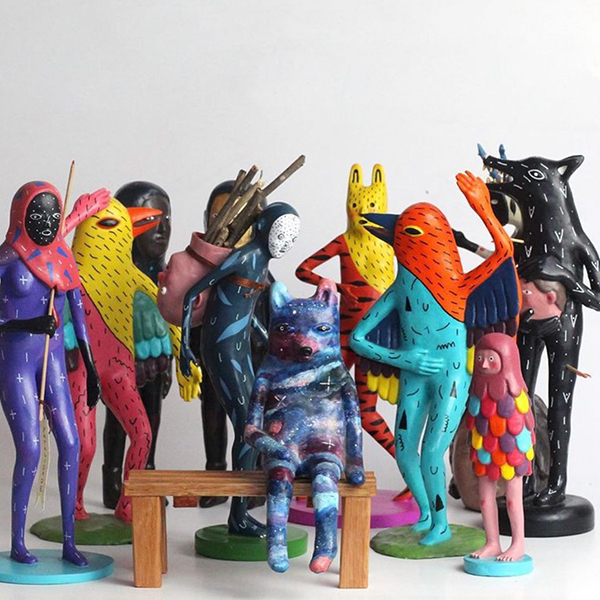 The World Within (Gallery II)

Honored to introduce the work of Brazilian husband and wife duo Toco-Oco (aka Lara Alcântara and Guilherme Neumann).

Toco-Oco sculptures carry Lara and Guilherme’s profound thoughts and gigantic questions about human existence in their clay frames. Under this playful name they dream up fantastical creatures which they turn into curious doll-sized sculptures. In Portuguese, “Toco” means stomp – their figures were initially aimed at children – and “Oco” means hollow, representing the potential to contain an entire imagination or a womb capable of generating life. They wanted a name that was phonic, philosophical and made up of two parts like their partnership.

Toco-Oco creatures live on the border between heaven and earth, between the human and the divine. They’re both animalistic and supernatural. “It is a world very similar to ours,” they say, “full of injustices, but full of hope.”

The figurines are individually hand-crafted from materials like wood, resin, fabric, ceramics and wax. But they’re also imbued with myth and symbolism.