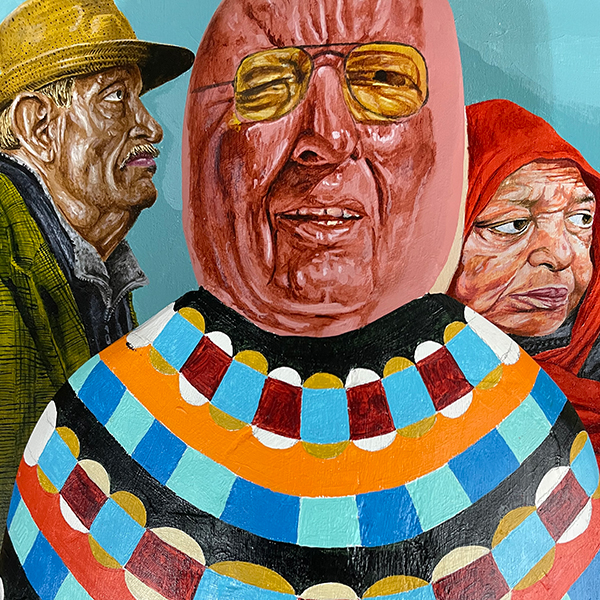 Thinkspace Projects is thrilled to present Troy Lovegates’ latest solo show, ‘Would.’‘ The artist, formerly known as Other, brings his vast knowledge of street art and work with found objects to the gallery, presenting his first collection composed entirely of his intricate, hand-carved wooden sculptures.

While Lovegates has left his mark on communities around the world, adorning walls and bringing color to otherwise monotone cityscapes, this exhibition is a milestone for his career, bringing solely his sculptures to a new audience.

Lovegates has carefully crafted a diverse cast of characters in the hopes that it will encourage interaction and provoke thought from viewers. The grizzled characters are sure to provoke conversation, bringing attendees together to wonder about the history and personality of each and every one.

About Troy Lovegates
Troy Lovegates (formerly known as Other) is a world-renowned street artist and painter of found objects from Canada. Lovegates’ bright paintings criss-cross the globe on the sides of rail cars and appear both large and small on walls around the world. He has called many places home, including Montreal, Berlin, Buenos Aires, Toronto, and San Francisco. When not hopping trains or painting on walls, he turns his brush and pen to discarded books, hand-carved wooden characters, aged paper, and scavenged wooden objects, rendering patterned portraits of wizened faces as rough and aged as the surfaces they appear on.