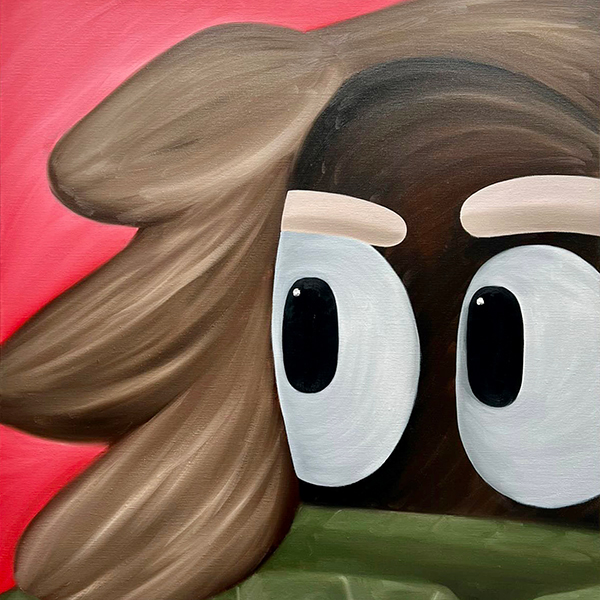 Willem Hoeffnagel (b. 1995) is a painter from the Netherlands. Born in Arnhem, a city that is filled with emerging artists and lovers of art, he has always been interested in drawing and painting from an early age. After leaving a bachelor in entrepreneurship in Amsterdam, Willem enrolled in ArtEZ Zwolle to study illustration design. During that time, he focused on his personal style while also experimenting with new techniques and ideas.

However, Illustration didn’t end up to fit what he was trying to achieve. He then decided to leave while he was in the 3rd year, just one year before he could graduate. But working on his art everyday helped with developing as an artist and it has formed him into the artist that he is now. Soon after that, he started to work on his painting full time. It led him to grow and explore within the medium he loves the most. Painting.

The recognisable figures that have often been featured in Willem’s work have been close to him for more than a decade. Using the figures as a placeholder for a person, whether himself or someone else, it allows him to portray a scene or part of a small story to the viewer without putting too much attention to who it’s meant to be.

‘Mixed Emotions’ is the artist’s debut mini solo exhibition with Thinkspace and helps to set up a larger show in place with the artist for spring 2023.